Brianna Austin is a male-to-female author, reporter, and columnist, and also co-founder (Editor In Chief) of the TG Life. an online magazine by, for, and about the male-to-female transgender community.

Is the reflection in the mirror me, or simply the taxi that carries me around? 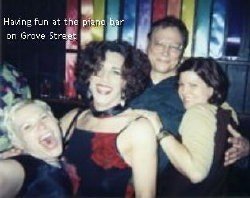 Brianna set out to explore this and other questions, a detour that evolved into a life from which she emerged. It was a transgender life she neither sought nor expected.

Hungry for answers, she began writing essays about the transgender journey she was on, and the experiences from it. It gained her an international following, and later from her gallery of adventures into the mainstream.

Together with her trans-sister Chrissy, they frequented many of the hottest clubs, bars, and events — transgender, gay, and/or mainstream.

During those years, their regular NYC spots included East of Eighth (which they made a hot spot for trans girls), transgender parties at Ina’s Silver Swan, Karolyn’s Oasis, gay venues such as The Townhouse piano bar, Maria Crisis piano bar, and The Monster, and such mainstream venues as Arthur’s Tavern, The Grand Hotel Bar, The Cheetah Club, Olm Club, and Centro Fly. 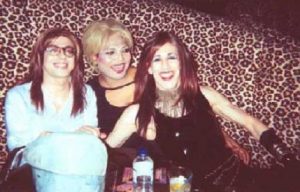 That same summer Brianna Austin became the New York columnist for Gina Lanace’s GIRL TALK Magazine, with a column entitled ‘A Bite of the Big Apple’.

Her column was a combination of interviews, reviews, and commentary, taking her from transgender-related club shows to special events, and mainstream Broadway.

With the transgender community as a whole mostly hidden, Brianna became an advocate for transgender visibility, beginning with an article in the gay newspaper Blaze.  She was out in the mainstream regularly, educating where she could, moving on when she couldn’t.

She also wrote many cover articles for Transgender Community News, GIRL TALK, and did 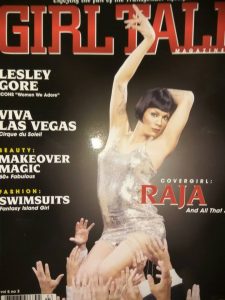 one-off reports for Lady Like Magazine. Many of her essays were re-published on sites like  TG Guide, TG Crossroads, and other publications.

In 2001 she founded The Transgender Girls Club, and they collectively quickly gained notoriety and went on to host the hottest party in New York City.

In an interview by Helen Boyd (author of My Husband Betty),  Brianna was asked: What was/is it like to report on the scene here in NYC for Girl Talk? Did you ever think, oh no, not another tranny party?

Brianna: Never. I found myself out 4-6 nights a week covering either a party, show, reviewing a Broadway or Off-Broadway play, or interviewing trans celebrities. At the same time I was going through my own evolution, so it was a great experience.

I discovered new and exciting things to bring to my readers — I get a huge kick out of seeing how many NYC metro t-girls attend Invasion of The Pines, which I first wrote about in 2001. But, mostly, I enjoyed the opportunity to interact with such a diverse group of the people (trans, gay, straight, tourists, etc.) and have the opportunity to educate them as best I could. Every time someone got past my gender and saw me as a person, I felt as though I accomplished a small victory. 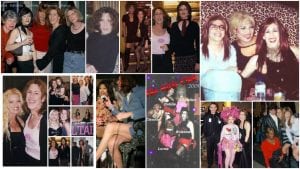 Brianna has always been exploring the transgender spectrum. In her forthcoming book ‘The Last Woman & Me’ she notes that “you can only find the truth when you explore without the fear of what you might find.”

She has done that: being out and candidly transgender (before it was trendy), Brianna had constantly challenged the status quo and pushed the envelope across the transgender spectrum, the gay community, and into the mainstream — all the while observing her interactions with a journalistic eye; not just how she interacted with others, but also how they perceived her.

You can find out more about Brianna Austin, including essays, poetry, reviews, and interviews at TG Life as well as her Candidly Transgender blog (click Blogs on this site upper left).

Read more about her early history 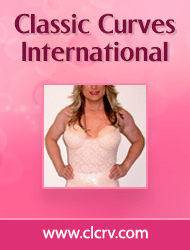 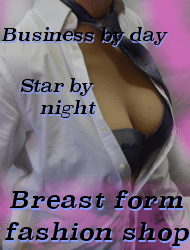