7 Transgender Musicians have been making waves in the music industry the past few years, and in this article I’ve spotlighted them. 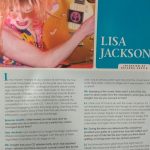 When I was the New York City columnist for GIRL TALK Magazine, I had written about many in the early 2000’s. Lisa Jackson was the toast of New York back in 2002, but then after her documentary in 2008, she faded from view for a bit. But she then re-emerged in 2009 in the article in QMH for their article Transgender Artists – Part 1.

I had reviewed her release of Lisa Jackson & Girl Friday for Glide Magazine, and also interviewed her for cover stories in Girl Talk and Transgender Community News. Listen to I AM AOK.

She was highlighted in GoMAG in 2017 for “Seven Minutes of Heaven“. 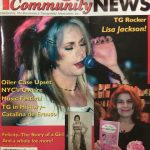 I had seen Lisa at the famed CBGB’s long before they closed the iconic club, where the Ramones and others broke out.

She was featured in an interview with EDGE. in 2017, and her hard-hitting rock cements her in the annals of transgender musicians.

But since then, there have been many others breaking barriers, including 7 Transgender Musicians that are happening now. 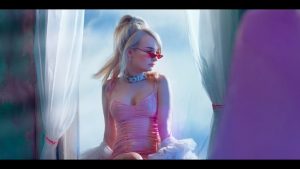 I first wrote about Kim Petras back when her aspirations of becoming a pop star were overshadowed by her being the youngest Brit to get court approval to transition through GRS (gender reassignment surgery) at the age of 16, in blog entitled “Where would we be without sensationalism.”

Since then, she has gone on to realize her dream, combining a perky girlish presentation, strong vocals, and a pure pop style.

Kim has had a number of releases, such as Heart To Break, I Don’t Want It All,  Icy and many more. She has chops and an engaging girlish nature. It is difficult to listen to her and not smile and feel good.

If you want more serious musicians, there are several others worth your attention. These include artists with swagger, grit, strong voices, and something to say. Shea Diamond, Ah-Mer-Ah-Su, and the female to male singer/songwriter Lucas Silveira (of the Cliks) are just a few of those you can read more about these and other on my Candidly Trasngender blog here.

And if you like the the style of Bowie, don’t forget about Venus!