Defining womanhood is something that many transgender woman question, whether they are pre-op, no-op or post-op. That was the topic of conversation — or I should say debate — on a message board involving self-identified transsexuals, cross-dressers and the wives of cross-dressers. 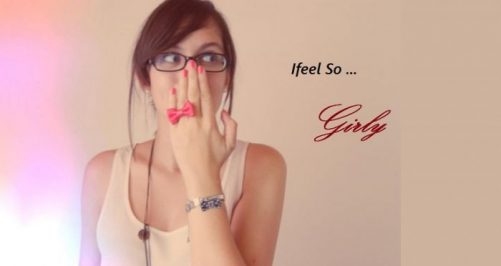 There were fierce positions stated and then a mild struggle to get their points across. The transsexuals’ position was that they were trans (being born into the wrong body) but that after surgery the trans part was “corrected.” Most of the wives (if not all) said they respected the TS that identify as a woman, but that in reality they weren’t; they were something else.

I’ve had this conversation with people over the years and my opinion has drifted back and forth on the subject.  Now I was prompted to revisit it again.

Most genetic girls (GGs) I have encountered over the years are perfectly fine when it comes to transsexuals in general. However when the transsexual says they are ‘a woman just like any other’, this seems to challenge the  femininity of  the GG, while transsexuals on the other hand seem to be challenged when it is suggested that they are not.

When a TS friend told me after surgery that “I’m no different than any other woman,” I countered, “How many women do you know that were born with a penis and raised as a man for forty years?”

I didn’t say, or mean, this as an attack of anything, it was merely factual observation.

There are, of course, some transsexual women that have transitioned very young in life, some in their teens – or earlier, so for them, my statement about being raised male doesn’t apply. For my friend however, and many others, it did.

I do see her as a woman – just not the same as every other woman. To her my statement was as insult; that somehow I saw her as less than a whole person. To her it was a debate about validation.  To me, it was a statement based on certain parameters. And as any pollster can tell you, the answer you get is directly related to the question that is asked.

So are post-op transsexuals women? It all depends on your definitions and the context in which you’re asking the question.  If you define a woman by chromosomes (XX= woman, XY =male) then the answer is no, they are not. There are some transsexuals like Lauren Foster that were born with XXY, yet would not qualify as a woman by the parameters of the former definition.

If criterion is that a woman needs reproductive organs, then again, the answer is no; though many genetically born woman can’t have children either.

In looking at what makes a woman I have to ask a question I asked many years ago: Is the reflection I see in the mirror who I am, or is it just the taxi that carries me around? If the definition of a woman lies within her brain, soul, and spirit, her very essence of being, then yes, of course a post-op transsexual is a woman, she always has been.

The argument has always been that biologically born women are made by God and transsexuals are made by man. But if a fetus is washed in female hormones and its’ brain is hardwired female, is that the work of God or man? And if some day the hormone-wash theory is proven correct, is that person then in fact female?

The debate really comes down to the definition of a woman: is it the inner mind and spirit or the outer shell? Is it possible that a transsexual could be a woman even if they are not the same as a biologically born one?

But more importantly, does it really matter? or, should it?

When I was a kid I spent time at my grandmother’s summer house in upstate New York. And from time to time we would drive north to spend the day swimming in Lake George.  It wasn’t until I was perhaps twenty five years old that I discovered that Lake George was man-made. So now, looking back, does that mean Lake George wasn’t really a lake?

I’m not trying to sell a position here, but rather just posing food for thought. In the end, like most things, I still believe that the answer lies within the parameters of the question asked.

Until next time, be happy, stay safe and always think pretty!