What Makes The Cross-Dresser

Is it the clothes, the attitude, or the inner glow of stirred feelings? If it were 3 million years B.C., would we, could we still be cross-dressers? I sometimes wonder if in another time or place we would pursue our feminine selves.

Some cross-dresser (s, let’s refer to all trans sub sets as as T-girls) ACT feminine, some LOOK feminine, and some simply FEEL feminine – or a combination thereof. So what happens if we are in a place where the sexes are not determined by clothing? After all, we are all about the clothing…are we not? 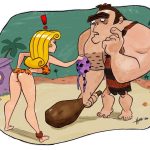 Would we all shuffle off to a remote cave, put leaves over our nipples and saunter about? I wonder. Would that really stimulate us? By looking at this bizarre idea, one might have a fresh perspective, and possibly isolate the source of their feminine motivation. I started to ask myself these questions because I have noticed over the years how the source of my delights has shifted.

As many can identify with, early in life there was definite sexual energy. Prior to puberty, I experienced non-sperm orgasms during dressing. Then I began to wonder “what would it like to be a girl?, could I be a girl?.”

Growing up I would vicariously live through the girls on TV, usually the ones with short skirts. Of course as you all know, when puberty kicked in, it was a thrilling surprise. Then when I got older I remember on certain occasions, after orgasm, feeling embarrassed and ashamed of myself, and like many, swore it was the last time. 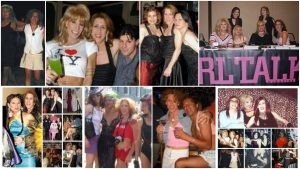 During my 24/7 girl life, the sexual component evaporated. Not all sexual desire, just dressing being linked orgasm: one no longer stimulated the other. I still had sexual desires, and did date from time to time to satisfy them. Though I emerged as Brianna later in life, I felt quite similar to the teenage character in my recent book.

There is something about the girl-version of me that I enjoy having around. But who am I dressed and presenting as a girl that I am not as the biological male I was born? While as Brianna I can be silly, playful, and less-guarded, I can — and usually am — fearless and and confident.  The latter is though considered aggressive, which ironically is usually identified as a male characteristic. How can I as a man dressed as a woman be more (or at least equally as) aggressive and fearless as I am as a man? And despite the general public around me usually recognizing that I’m transgender, that confidence shields me from letting it affect me one way or the other. After all, the words of other’s do not define me.

What Makes The Cross-Dresser

But back to the original question. While most every subcategory of transgender (drag queen, sissyboi, transsexual, etc) are cross-dressers, a cross-dresser is not necessarily a transsexual, a sissyhoi, or a drag queen. So, as cavemen would we, could we be cross-dressers? And if not, how would we manifest whatever it is that our female persona needs to satisfy?

Had I not pursued my female persona to the extent I have, I really think that I would still be dressing, jerking off, going to bed and then doing it all over again the next time — always swearing it to be the last time.

Once I settled into the 24/7 girl life I created, all the white noise — that was my compulsion for decades — got quiet. I knew, I dressed because I was in fact transsexual. I’m not advocating for anyone to dive into 24/7 life. I am, however, suggesting exploration to find your own without the fear of what you might find. making decisions is much easier when you understand what motivates you.

I have not yet discovered the “why” yet, but I have been able to discover some of the “why not”. Happy hunting, girls, let the journey continue one dance at a time.

As always, be happy, be safe, and think pretty.