Why Be Someone Else

Why do you want to be someone else seems to be a common question that I [and others] hear quite often.  Many times it’s followed by a puzzled look and “Don’t you like or know who you are?” 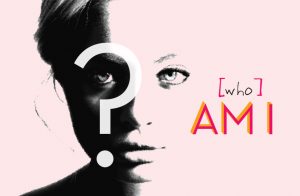 I’ve had many trans-girls relay stories to me that are similar to my own experiences.  When interviewing Lauren Foster, I asked her Does the gay community “get” what being transgender meant?  “No,” she said, “we have an ongoing debate over why transgender people want to be someone else?

But then, as a community, are still learning that no two trans-girls are the same: it’s a wide spectrum and everyone has different paths, experiences, and internal feelings. For example, my friend Teryl-Lynn Foxx didn’t dress up for the first time until after college; beginning transition a few years later  “I always did girly things, but never dreamed of becoming a girl early in life” she said. And then other friends describe knowing they were the opposite sex as far back as their earliest memories.

I never thought as a kid “I’m a girl,” but did wonder — relentlessly — “what would it be like, and could I become a girl?”

Through the years — like many of you — I experimented with dressing up, then make-up.  And we also seem to want to push the envelope, extending our “girl experience” longer and further each time.

So do we really know who we are?  Or are we going through the motions to discover the answer to that question? When I first came out in 2000, it was to explore what I considered a compulsive crossdressing compulsion so that I could get to its root, and then cure myself.

What followed was jarring;  my exploration became a girls life, and I was comfortable and content in it.  Could I really let go of the man I had developed into over forty-years of practice?  Did I want to?

Prior t0 coming out, we might be confused as to what this internal drive is, but then after coming out — once we better understand what being transgender means, and how it relates to us on an individual basis — we may find ourselves equally perplexed: we know more about who we are, but are at a crossroads about what to do about it.

When I asked Venus Demars about what her transgender-ness meant to her, she simply said “Well … I’m a transgender person, I can never be fully a woman, and am no longer a man” and went on to say, “I guess I am just presenting on the outside the way I feel on the inside, whatever that may be.”

Do you know who you are? seems perhaps to be a bit misleading a question. Certainly, some transgender people have a clearer understanding and deeper conviction to who they are regarding gender than others. At the same time, there are those in the mainstream that have a clearer understanding and conviction as to their sexual orientation, or the core of their passions, some with the heart and soul of a artist, while others builders, businessmen or philosophers.

It seems that transgender people are no more conflicted than many in the mainstream; we just wear it on our sleeve while they are better camouflaged.

Do I know who I am?  Certainly, it is defined not by my gender, but my actions, my interests, my ideas and my heart.